Four young people have been killed after their quad bike was hit by a car travelling at 140mph during a street race likened to 'The Fast and the Furious'.

Ryan Beal, 20, Brandon Brown, 20, Alexandra Binns, 18, and Terrie Kirby, 16, were out celebrating Miss Kirby's birthday when the quad bike they were riding on was devastated by a Nissan 350Z travelling in the same direction. 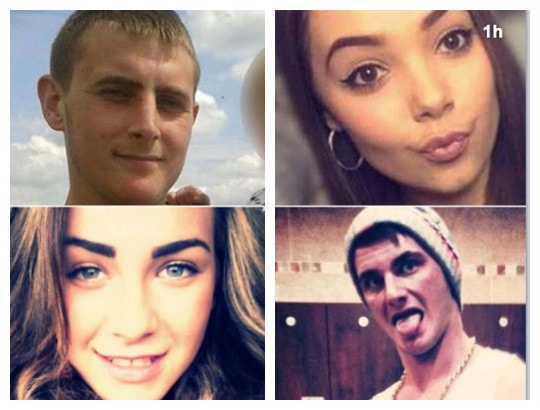 According to MirrorUK, Leeds Crown Court was told by Kama Melly QC, prosecuting, that the bronze Nissan was taking part in a high speed race involving a number of people and several vehicles on the A6201 Hemsworth bypass in West Yorkshire when the crash happened.

Reading the accounts of a number of motorists who witnessed cars racing earlier that night, Miss Melly told the jury that one witness remembered "seeing headlights come up in her mirror travelling
towards her really fast.

She experienced one car driving past her followed immediately by another.
"She estimated that they were doing speeds of 100mph."Another person in the same car said "that the scene was something like out of the film The Fast And The Furious."

Miss Melly said another witness told police a vehicle that came past him was "flying".
"It made the car shake, like when a wagon goes past on the motorway." Five people accused of encouraging the dangerous driving that led to the fatal accident are currently on trial while the driver of the Nissan, Daniel Raynor, and his front seat passenger, Matthew Todd, have admitted charges of causing death by dangerous driving. 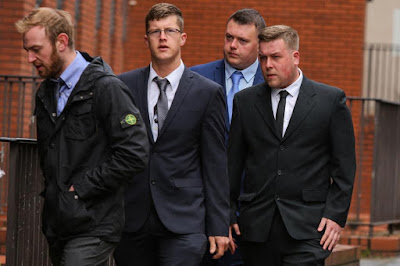 Four of the five men accused of encouraging street racing
The trial was adjourned until Tuesday, MirrorUK adds.