On April 25, 2017, a video which showed Oba of Lagos, Oba Rilwan Aremu Akiolu humiliating the Ooni of Ife, Oba Adeyeye Enitan Ogunwusi at a public function surfaced online. The video which lasted for 27 seconds showed the Ooni of Ife arriving the venue of an event.

He exchanged plesantries with the Obi of Onitsha Igwe Alfred Achebe. However, when he attempted to greet Oba Akiolu who was seated next to the Igbo king, he was rebuffed. However, some research done by Onyema Dike of Sabinews has revealed that the Oba of Lagos, might have not done it knowingly. 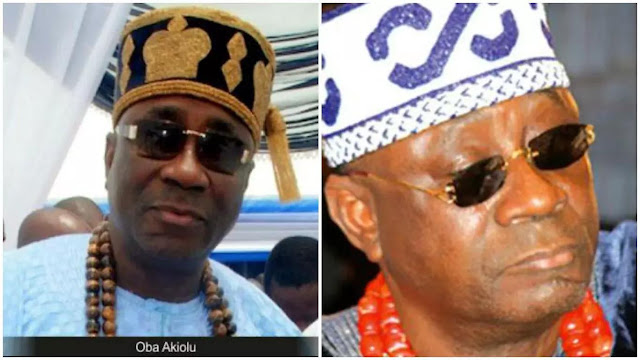 Apparently, the Oba of Lagos is visually impaired and may not have realised who had come to greet him especially as the person seemed to genuflect. To him, anyone bowing for him must be a subject.

This is based on a story published on September, 2, 2016 by The Nation, where the Oba acknowledged his visual impairment, stating that he had been suffering from Glaucoma for 21 years.

The story reads in part:


“Oba of Lagos, Oba Rilwan Akiolu has called on Lagos residents to go for glaucoma screening to prevent blindness.  “So, as a person living with glaucoma, I can say for anyone not to go blind, if you are being treated for glaucoma, be sure to take your prescribed glaucoma medicine every day. See your eye care professional regularly.  "You can help protect the vision of family members and friends, who may be at high risk for glaucoma, especially those over age 40 and everyone over 60 years and people with a family history of the disease by sharing information as I am doing.  “Please encourage them to have a comprehensive dilated eye examination regularly. Remember that lowering eye pressure in the early stages of glaucoma slows progression of the disease and helps save vision,” said Oba Akiolu.
Also, an official of the Lagos state government who spoke to Sabinews on the condition of anonymity said:
“Have you ever wondered why he always wears dark glasses even indoors? I once saw him leave the seat reserved for him to sit on another man’s lap at a public event. "I wonder why the palace has not acknowledged it by now and saved the Oba all the insults on social media.” *NAIJ