Presenting the suspects before newsmen in Ibadan, the Commissioner of Police in Oyo, Mr Abiodun Odude, said Jimoh and Babalade conspired to kill the victim for money rituals by using human heart. 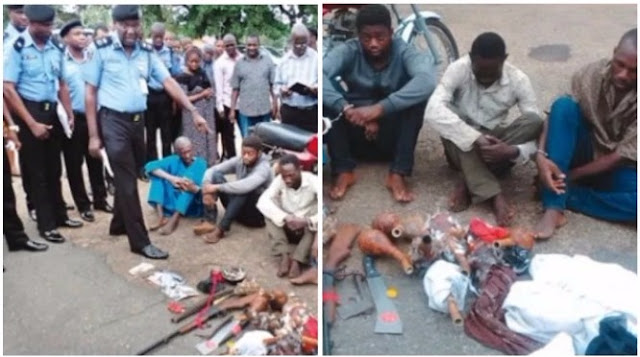 He explained that Agboola, who is called Baba, provided the link to Ahmed who is an Alfa. Odude said that the killers of the victim carried out their plan in the pretext of doing cashew business and lured the victim, robbed him of N100, 000 and subsequently murdered him in cold blood. 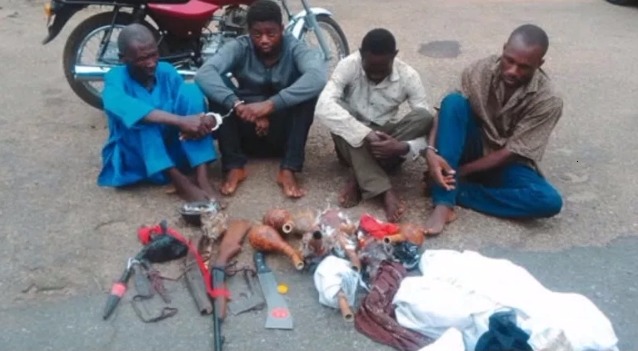 Odude said that the two suspects said that after killing the victim, they removed the vital organs for money rituals and took them to the other two suspects, Baba and Alfa for the ritual.

He said that the victim’s wife became apprehensive when she did not see her husband return home on time and raised alarm and thereafter reported the case at the Atiba Police State.