The Senator representing Kogi West, Dino Melaye, has shared a photo of himself at the National Youth Service Corps camp in Kaduna State, amid the raging controversy over whether he graduated from the Ahmadu Bello University, Zaria or not.

“ABU 99 set at NYSC camp in KD. Me in blue shorts,” Melaye wrote along with the photo. 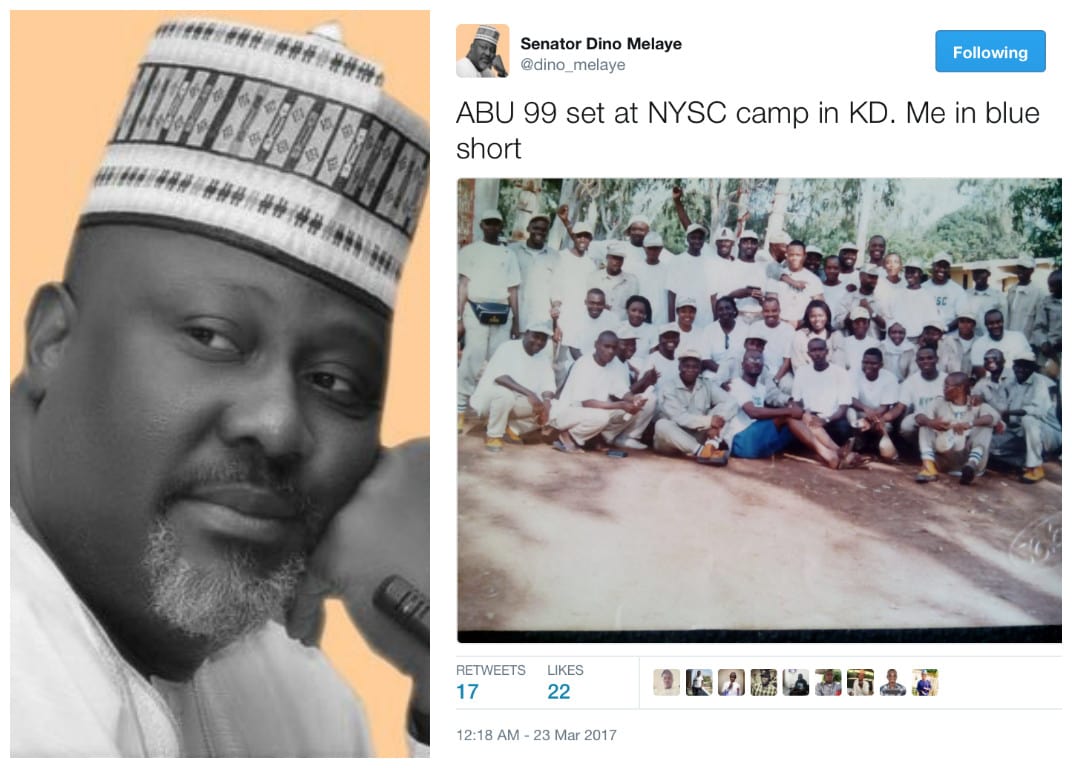 Sahara Reporters had in a report alleged that the Senator did not graduate from ABU, sparking a certificate scandal that has dragged for days.

Melaye, however, insisted that he graduated from the institution and that he headed the student union
government while there.

Despite his insistence that claims that he did not graduate are laughable, the Senate has opted to probe the claims.

Meanwhile, the ABU authorities have yet to confirm whether he actually graduated or not.

Punch reports that the Information Officer of the institution, Mr. Adam Mohammed, told their correspondent on Tuesday that the management would take a decision on the matter and make its finding public on Wednesday.

However, ABU made a U-turn on Wednesday and kept mum on the matter.