Dr. Chris Okafor Heals Woman With Maggots In Her Private Part, Donates Food To The Homeless At Oyimgbo


Earlier on in the year when he first hinted that he would be taking philanthropy to a whole new level in 2017, many took it with a pinch of salt. Amazingly, Dr. Chris Okafor has been living it up big time, haven spent nearly 65 million Naira on charity between January and March of 2017!

On Saturday the 18th of March 2017, Dr. Chris Okafor stormed one of the most run down areas of Oyimgbo in Lagos with trucks load of food stuff for the homeless and hungry people in that region. Leading by example, the man of God personally lifted bags of rice and interacted one on one with the beneficiaries who made direct requests on other pressing issues from him. It was something close to Christmas at Oyimgbo as the residents and beneficiaries celebrated the timely intervention of the Chris Okafor Humanity Foundation at a time when recession in the country has left even some seemingly affluent families wondering amiss. 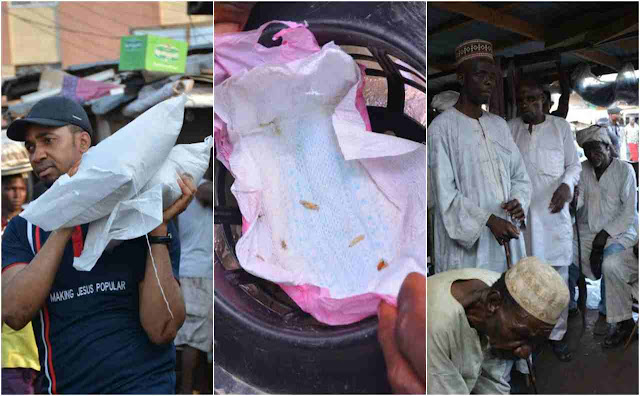 Whenever the man of God visits places like this, people think he’s only just distributing food but in actuality, he’s quietly adopting kids for scholarships and sponsorship in
other areas of vocation. He often chooses to keep this to his chest.

Following a very successful outing helping humanity at Oyimgbo, the fiery General Overseer of the Liberation City church again came under a strange anointing during Sunday service at the church headquarters in Ojodu-Berger, on March 19, 2017, when he suddenly prophesied that there was a woman in the congregation who had maggots consistently pouring out of her womanhood, to the extent she wears Pampers around to keep the maggots from falling off in public. He reiterated that again when no one showed up, the he said “don’t be ashamed” repeatedly, then the woman showed up.

While prophesying to the woman, the man of God accurately exposed the name of the retired police officer who was behind her predicament. According to the man of God, the victim had gone to the said police officer who was supposedly a family friend to seek financial help. The retired officer invited her over to his house. When she got there, he offered her a drugged drink. She took the drink and slept off immediately. Then the officer had a strange sex with her. When she woke up, she didn’t realize what had happened, but two weeks later, she started seeing maggots come out of her womanhood in their numbers. She couldn’t stay more than five minutes at any given time without maggots pouring out of her. Out of shame of being embarrassed in the public she started wearing pampers which is obviously for kids, but it ensured the maggots didn’t drop out of her body whenever she was out in the public.

The man of God later explained that the retired police officer had actually used the victim for ritual and that each time the maggots came out of her, that her years on earth were reduced, and the police officer’s years multiplied, and strange money is made to go to the retired officer. Angrily, the man of God prayed fervently for her and declared that for his wickedness, the police officer whose name he mentioned repeatedly would be the one now having maggots come out of his own manhood as he declared “back to sender!”. He said this will be proved by the woman’s miraculous healing at the spot. Truly, the woman was prayed for and asked to stay back and wait for some minutes to see if the maggots were still there. Lo and behold, several minutes later, the maggots were gone! The woman, Gladys who couldn’t contain her joy stormed the pew screaming and crying, interrupting the man of God who was at the time ministering to someone else. The church was thrown into an ecstatic frenzy.

The man of God later advised women in particular to be careful who they seek help from and keep relationship with, saying “we live in a very wicked world. This is why God allowed people like me to be born. I hate oppression with passion. I just like to see people free. I don’t care what your status and background is, as long as you’re in bondage, you’re the reason I'm born"


More photos after the cut; 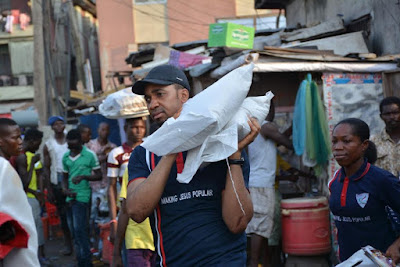 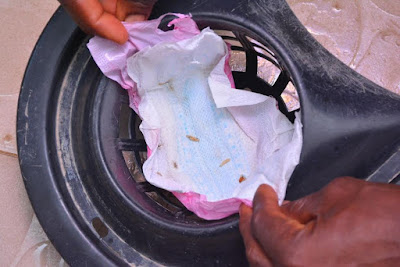 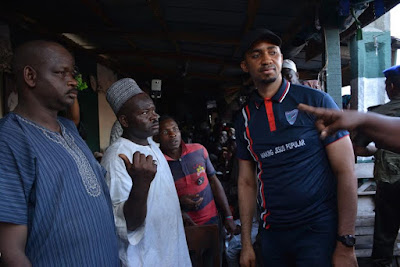 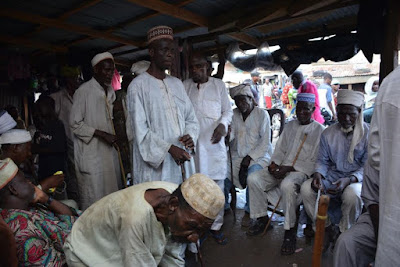 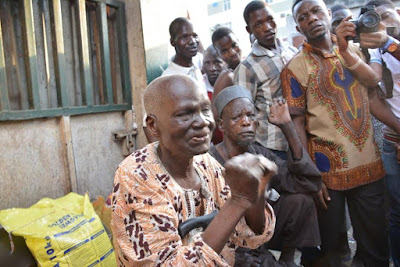