I Was Sexually Assaulted By An Actress In Calabar -Uche Maduagwu


Controversial nollywood actor,, Uche Maduagwu has revealed that he was once sexually assaulted by a popular nollywood actress he refused to name in his new post on Instagram. According to the actor, the actress took advantage of him as he was tipsy, putting her hand into his underwear and giving the excuse that she was looking for her charger. 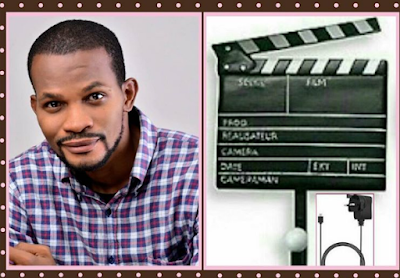 Uche revealed that that experience though might sound funny, was so traumatizing
as he felt bad and abused. He concluded by asking "can't you people allow a sexy actor work without molesting him?"

Here's what he wrote;

"A popular actress tried to give me a "BJ" while I was asleep on a movie location in Calabar some time ago... I never wanted to talk about this, but sometimes I just feel so sad about it, its so traumatizing.
It may sound funny 😃but I felt so bad and abused when this happened, ☹ although the person who told me what happened that night because i was so tipsy before falling asleep, said the actress only came into my hotel room to check if she could borrow a phone charger, but abeg my people "dem dey" hide phone charger for someone's underwear?
I know I was asleep so I am not really sure if she actually did give me a "BJ" but how come my underwear was pulled out? I just don't know why some single actresses like touching and molesting people illegally.... I guess I will start wearing an iron plated underwear to movie locations now....🤔🙄

This sexual assault is just so unbearable..☃. Can't you people allow a sexy actor work without molesting him? If cold is catching you guys in the middle of the night please apply "aboniki" balm, my dear, its allowed or better still, go and get married.... let us be professional abeg, if you are on a movie location, devote all your mind to what you came there to achieve and stop behaving like local fowls. #repost #regrann #nollywood"