Two siblings who have been identified on Facebook as Anne Marie James and her brother Melvin James, have been linked to family stabbing case, which left them dead and also left their mum seriously injured.

According to the Police who were called to the flat in Merry Hill, Wolverhampton, at 9.45am yesterday after receiving a 999 call about a domestic incident from someone inside, the incident by Melvin. 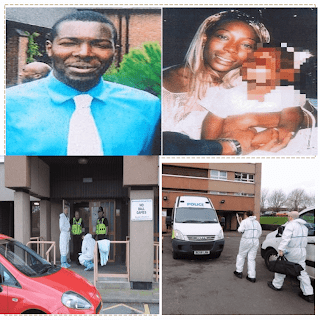 As Police arrived, stun grenades was used on Melvin, whose
33-year-old sister, Annie, was pronounced dead at the scene, while their mum who sustained serious stab wounds, was rushed to hospital and has undergone surgery but remains in a critical condition.
It was gathered that Melvin, who was already 'detained', then turned the knife on himself and died from wounds he sustained.