The family of disqualified Big Brother Naija housemate, Kemen, have registered their utmost displeasure and discontentment on his disqualification from the ongoing reality TV show, Vanguard reports. 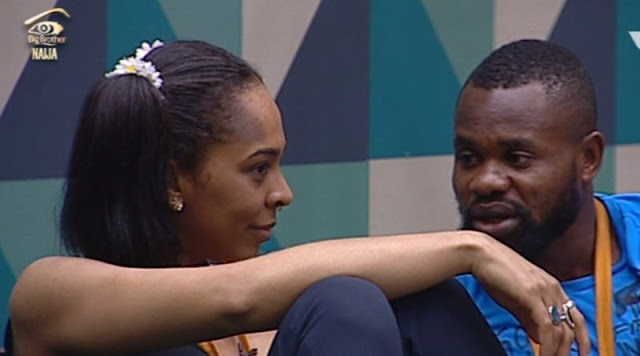 
According to a source close to the family, they are displeased with the level of punishment Big Brother meted out on Kemen, arguing that it has tarnished the image and dignity of Kemen, making Nigerians begin to see him as a perverted rapist.

Most importantly, they are angry that Tboss did nothing to save Kemen from being disqualified even though she had the power to do so. The source further claimed that Kemen’s family is majorly angry because Nigerians are venting their anger on Kemen through the social media.

He claimed that if Tboss didn’t approve of what happened that night, why didn’t she say so or react immediately it happened?

He went further to reveal that immediately Kemen reunites with his family, they may be suing Big Brother for defamation of character and unlawful justice.

He went on to suggest that from all indications, it seems Big Brother has a soft spot for Tboss because she has some influential people who have indicated interest in her winning the ultimate prize at the end of the show.