A Kano Sharia court has remanded a nursing mother, Habiba Inusa and her 7 days old baby in prison custody for adultery. 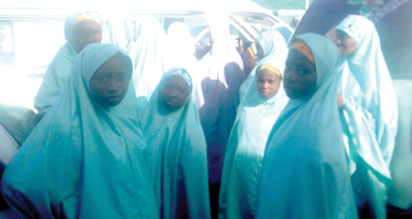 Habiba Inusa allegedly gave birth a day after she participated alongside 1520 couples in a sponsored mass wedding by the state Government last week.

The Director General, Kano Hisbah Board, Dr. Abba Sifu in an interview with a local radio station said that the woman is currently under the custody of the court in Doguwa local government area.

Dr Sufi said that the woman was arraigned before a Shari’ah court in Doguwa local government area of Kano state for adultery and deliberate concealment of pregnancy respectively.

The Director General disclosed that government had confiscated room furniture and other items earlier given to her as benefits of mass wedding exercise.

According to Dr Sufi;

“when the said Kamalu was invited, he confessed to have slept with the woman some months ago.”
He said the court had also invited her parents for explanation over the unfortunate incident.