A 35-year-old man has defiled a five-year-old girl at the premises of the Breman Brakwa Presbyterian Junior School in Ghana which is currently under renovation.

The suspect under the pretext of being a stranger, asked the victim to escort him to the school because he did not know there. 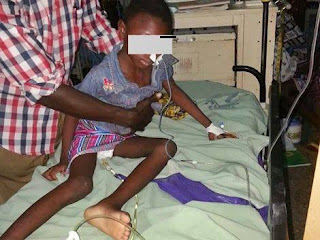 Upon reaching the school the suspect forcefully had sex with the victim.


Narrating the incident to Nyankonton Mu Nsem on Rainbow Radio 87.5Fm, it was said that the suspect took to his heels and left the victim at the scene after his shameful act.

The victim later left the scene to the house and narrated her ordeal to the mother who also reported to the police. The victim is currently on admission at the Breman Brakwa Hospital.