Act of gratitude is not only beneficial to someone receiving the praise, but even more so, to the one who shows gratitude. 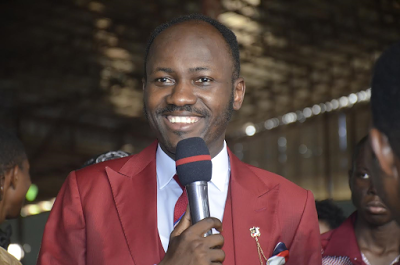 On this score, the president and founder of Omega Fire Ministry worldwide, Apostle Johnson Suleman, has sent his warm appreciation to Nigerians, Africans and the world in general for their exceptional show of love during his recent encounter with the Department of the State Security (DSS).

Suleman, who is regarded as one of Africa’s most popular pastors at the moment in his thank you message during the kick-off of this year’s edition of the annual ‘The Ebenezer’ programme to mark
the ministry’s 13thanniversary, said:
“I’m grateful to all. I never knew I was so loved. For the first time ever, fellow Nigerians behaved like Americans. Nigerians naturally have business-like mentality but I was shocked that on this particular issue, 90 percent of Nigerians spoke with one voice, saying enough is enough.We were not fighting any government, we just declared our stand that we are not cowards and we cannot be cowed by fear. I was so shocked at the level of strength and courage that I had throughout the period. And the courage I surmounted was aided by the love and exceptional concern shown me from all over the world. From over 70 nations, I received a lot of phone calls and text messages from people showing their love and compassion. I got messages of love from different people that I have never even met. I got up to 18,000 different text messages. I read and read. The solidarity was overwhelming. I was moved to tears,’ states the man of God.Furthering, Apostle Suleman said,
“One thing that first moved me was when I got to Abuja to see the DSS, the crowd I saw almost made me to go into hiding. The crowd was so massive that they were ready to take bullets on my behalf. It moved me. The love shown was not just about me but for what they believe in and it gave me so much courage and made me to realize that I was not alone. I’m not taking it for granted, that’s why I’m saying thank you to all. I have to confess that I’m yet to recover from that show of affection. I therefore want to enjoin Nigerians that in whatever situation that we find ourselves, they should keep hearing our voice and I want them to know that one day, things would be fine.Meanwhile, the firebrand cleric will be visiting the White House, the American seat of power, in March. According to a reliable source from the church, Apostle Suleman’s planned visit was on the invitation of the Mayor of Washington.

We gathered that during the august visit, the man of God will have a prayer session with both the Mayor and the president of the United States, Mr. Donald Trump.

The invitation, the source notes, was in recognition of Suleman’s selfless service and commitment to humanity and delivering souls.

The Ebenezer programme of OFM started on Wednesday 8th of February, 2017, with people from 32 countries of the world arriving Auchi, the headquarters of OFM worldwide. This year’s programme themed ‘From Glory To Glory’ will end on Sunday 12th.

For 13 years, the mission that has now spread into six continents of the world, with the resilience of Apostle Suleman, has brought salvation to millions, healing and deliverance to a lot more, restoration and settlement to very many more. 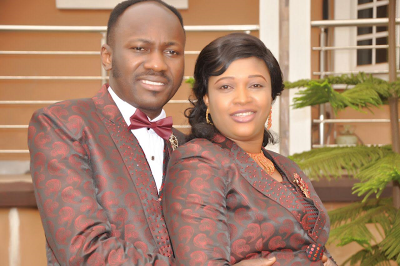 Also, the church is warming up for the birthday celebration of the matriarch of the ministry, Reverend Dr. (Mrs.) Lizzy Suleman on Sunday, February 26th 2017, although the birth date is February 28th.

The source adds that ‘an unusual gift’ awaits the OFM queen from her caring husband, Apostle Suleman.