A 30-year-old woman, Oluchukwu Ezemaduka, is currently battling with a damaged jaw at a private hospital, West Care Specialist Hospital in Akowonjo, Lagos, after she was allegedly battered by a riot policeman, Idiahgbe Iyobosa. 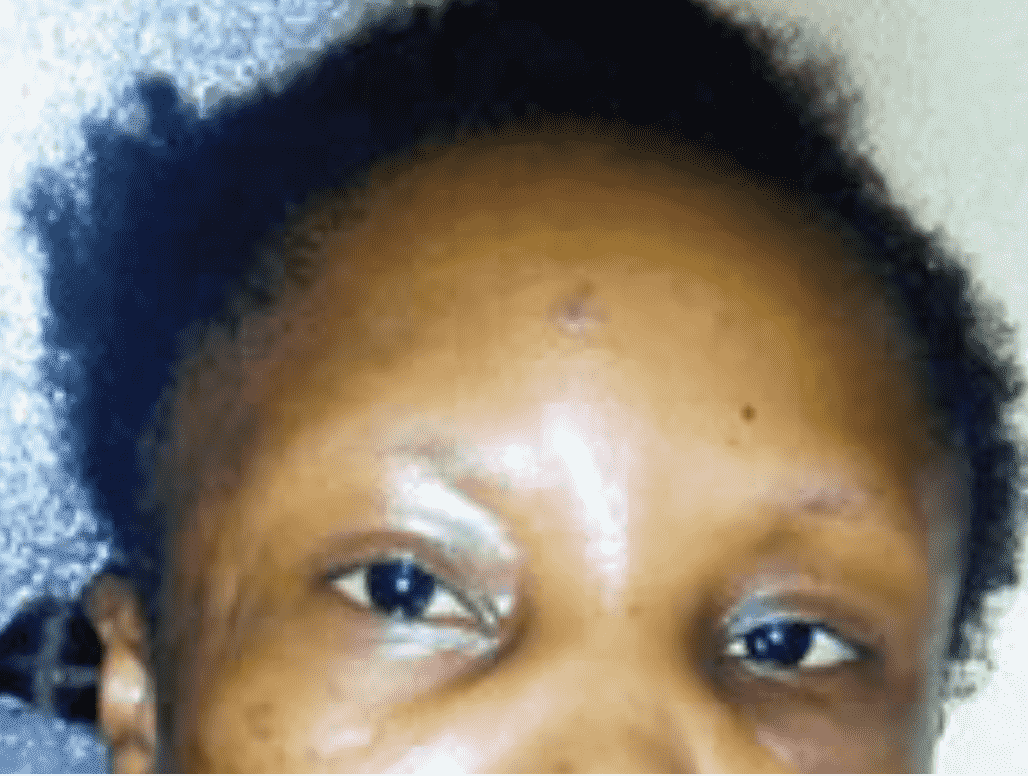 Iyobosa, who is attached to a bank in the FESTAC Town, was said to have repeatedly hit the woman in the jaw with his service boots until blood gushed out.

Oluchukwu is the friend and roommate of Iyobosa’s girlfriend, Maryjane Anyagwa. The friends live on Awoyemi Street, off Coker Road, Ejigbo.

PUNCH Metro reports that Iyobosa had visited his girlfriend in Ejigbo on Saturday, January 21, at
about 9pm, with a view to passing the night at her place, but met only Oluchukwu at home.

He was said to have got enraged and resorted to the assault as the victim told him that she didn’t know Anyagwa’s whereabouts.

Oluchukwu, who managed to speak to Punch from  her sick bed, said the policeman ransacked the apartment, looking for his girlfriend.
“I was not in the room when he came. As I was about to enter the room, I felt that somebody was there; I got a torch from a neighbour and shone it in the room. That was when I knew it was him. He had scattered everywhere.“He asked me where his girlfriend was, I didn’t answer him. He asked me the second time and I told him that I didn’t know her whereabouts. He kicked me several times with his boots, breaking my jaw. He brought out a dagger and chased me outside. It was people, who saved me.“The pain is too much for me. The doctor said I would undergo surgeries this week.”Her friend, Anyagwa, stated that her relationship with Iyobosa was marred with threats and harassment, saying she was no longer interested in the relationship. She said,
“I was not around that day. When I came back the next morning, my neighbours told me that my boyfriend came to beat up my friend because he was looking for me. He thought she deliberately refused to disclose where I was.“He usually assault me too. Most times, he would not notify me that he would pass the night in my place. He would threaten to deal with me if I report him to the authorities or quit the relationship. I was afraid.“We started dating each other about a year ago. I later knew that he is married with two kids. The wife had warned me to stay away from her husband.”An eyewitness and neighbour, Henry Okafor, said Iyobosa also attacked him that day when he cautioned him.
“He just came from nowhere and started beating the lady. He also attacked me. I didn’t fight him because he was in uniform,” he added.Oluchukwu’s father, Mike Ezemaduka, who is based in Abuja, said he was shocked on seeing the condition of his daughter at the hospital
He said,
“It was a serious injury and she will undergo two surgeries, according to her doctor. The doctor said she needed to recuperate a little bit before he could carry out the surgeries. The lower jaw was broken. We were told that she would no longer be able to chew if she didn’t undergo the surgeries, which will cost about N700,000. The policeman’s relatives have promised to pay the bill.“My daughter is not his girlfriend; she has nothing to do with him at all. Why should he beat someone, whose room he barged into?”It was gathered that the case was reported at the Ejigbo Police Station and Iyobosa was arrested.

The acting Police Public Relations Officer, Lagos State Command, Olarinde Famous-Cole, in a text message, said, “The incident was reported at the division for discreet investigation.”