This is the horrific moment furious villagers in Malaysia captured a giant python after it gorged on two of their goats and was too full to move. 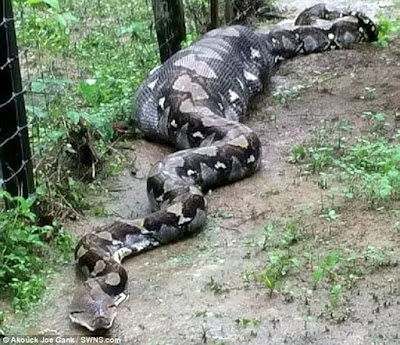 The greedy reptile, which appeared to be 16 feet long, devoured the hapless farm animals after managing to slither through a wire fence in a rural village in the state of Pahang.

Later, horrified villagers found the serpent sprawled out in the mud as it attempted to digest its large meal.

At first, the villagers who discovered the snake were too afraid to go to close to the creature so instead, they poked it with sticks but the greedy python could not muster a defence and sluggishly
reared up to bare its fangs.

It was eventually tied up and carted away in a truck. 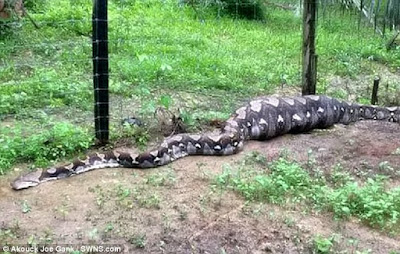 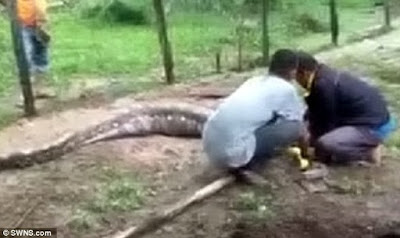 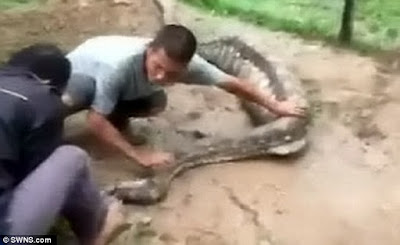 DailyMail UK reports that a Local Akouck Joe Gank said:
'This was the longest python I have ever seen. He ate two goats from a farm and couldn't move.
'That'll teach him to be so greedy. It needed three of four men to lift the python away. He was long, very long.'Scientists say that after feeding on large animals, the python’s body undergoes some dramatic changes to cope with its meal.

Its organs rapidly change size and function at many times their resting rate.