The presiding pastor of Miracle House of God Prophetic Ministry in Ikpoba-Okha Local Government Area of Edo State, Prophet Great Emokpae, who was accused of being involved in an amorous affair with the wife of one Anthony Ehikioya, has denied the allegation. 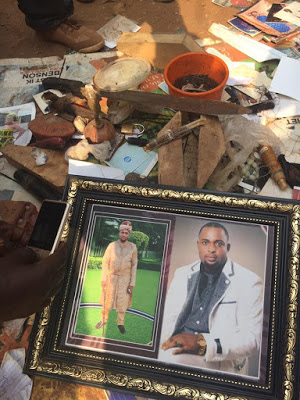 Ehikioya had last Sunday, accused Emokpae of having a romantic relationship with his wife after he reportedly obtained an audio recording of a conversation between the two.

He also accused his wife, Bridget, of infidelity, an allegation she also denied.

The development led to the destruction of some property belonging to the church on
Ituanyemwangbon Street by a group of angry youths.

The police had also launched a manhunt for the pastor, after he reportedly fled the area.

But Emokpae, who spoke with journalists on Friday, said though he had earlier been threatened by the complainant, he was surprised to see the level of damage done to his church.

He noted that he had to run for his life when he saw the mob. He explained,
“I was so surprised when I came to church on (that) Sunday. Meanwhile, the man had threatened that he would destroy my church. As I was going to church, I saw a crowd. Some were holding machetes and different weapons. “I had to run for my dear life. I am not on the run. They are going to pay for everything they have destroyed because I am really innocent. Heaven and God bear me witness; I don’t know what they have accused me about.” 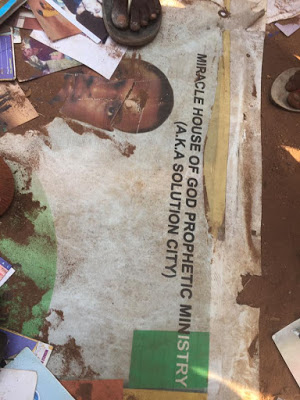 The pastor also denied any connection with the fetish items said to have been found in the church.
He added,
“Before my arrival at the church, they (mob) were there. The only things I make use of are my Bible, staff and girdle; any other thing, apart from the ones I mentioned, was brought by them.”The wife of the complainant said that she had been rebuked on several occasions by her husband for attending the church with her children.
Bridget said,
“I told my husband that if he thought that it (adultery) happened, he should take me to my people so that they would know what to do. He went to his people and told me not to enter his house again.” “I have been in Ekpoma since last Friday. I am innocent and the man (pastor) is innocent. The pastor is good to me and my family. I don’t have anything with the pastor and he doesn’t have anything with me,” she added.When contacted, the State Police Public Relations Officer, Moses Nkombe, told PUNCH that the pastor was still on the run. Nkombe, however, added that the complainant was assisting the police with the investigation.
“He is still on the run. The husband of the woman is helping us to trace them. Once the arrest is made, I will let you know,” Punch reports he said.