The wife of the Greek ambassador to Brazil and her policeman lover have been arrested today after Mr. Kyriakos Amiridis vanished without a trace on Boxing Day Monday and his charred remains were found on Wednesday. 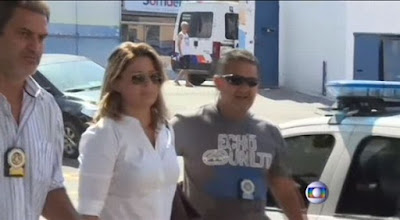 Military policeman Sergio Gomes Moreira Filho reportedly confessed to killing Kyriakos Amiridis in the apartment where the couple were spending Christmas, after he had reportedly caught him in bed with wife Francois Amiridis.

Filho then used the ambassador's own hire car to remove his body before setting it alight under an
highway underpass.

The couple are among four people who have been arrested today.

Police have not named the other two suspects in the murder, or what part they are believed to have played.

However, investigators believe that Ms Amiridis may have paid a contract killer to murder her husband after he discovered her infidelity.

Below you can see the ambassador with his wife.

Mr Amiridis and his Brazilian wife had been together for 15 years and have a ten-year-old daughter.

The charred remains of Mr Amiridis, 59, were found on Wednesday underneath an overpass in the city, inside the car the diplomat had hired to spend Christmas and New Year with his wife's relatives.

His wife told police she was out shopping on Monday night when he phoned at 8pm her saying he was going out, and never returned home.

But today police investigating the case claimed they believe his death was a "crime of passion" after he had discovered that his wife was having an affair with another man. 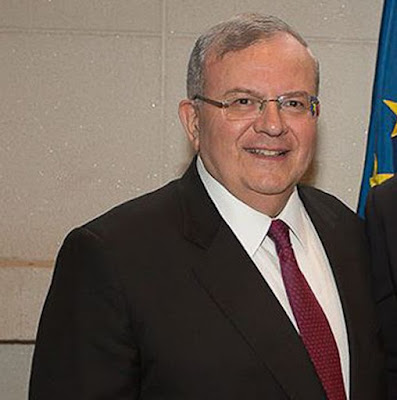 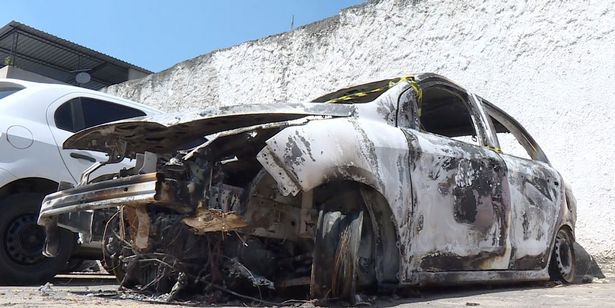 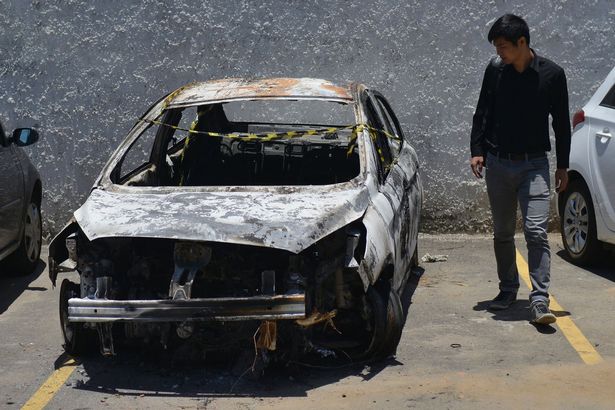 Investigators reportedly found blood stains in the apartment, which belongs to his wife, where the couple had been staying in the Nova Iguacu district of the city.

Police believe he was murdered in the apartment some time between Tuesday and Wednesday before his body was dumped in the hire car and set on fire yesterday morning.

The man Ms Amiridis was believed to have been having an affair with is reportedly a military police officer who works at a police base situated a local slum.

Both he and Ms Amiridis were questioned earlier today at the homicide police station in the Baixada Fluminense region of metropolitan Rio de Janeiro.

Investigators told Brazil's Extra newspaper that they believe Ms Amiridis may have paid a contract killer to murder her husband after he found out about their relationship.

Ms Amiridis denies any involvement with the ambassador's death, claiming he never returned home on Monday, and didn't know why there was blood on the sofa.

Police are reportedly analysing the sofa, as well as CCTV images from the area.

Mr Amridis, who took over the ambassador post in January this year, was Greek consul in Rio de Janeiro, where his wife also owns a home, for three years from 2001.

Before returning to Brazil, he was the Greek ambassador in Libia for four years from 2012, MirrorUK reports.