A protester accidentally set himself on fire after pouring petrol on a government effigy at a rally about teachers' contracts in India. 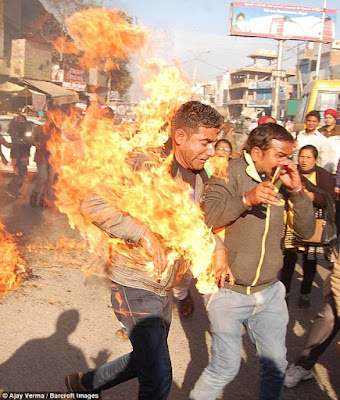 The man Sukhminder Singh Mann, was immediately rushed to hospital, but his condition is unknown.

He had been taking part in demonstrations in Bathinda, which included burning a dummy depicting the Punjab government amid unrest over the structure of education. 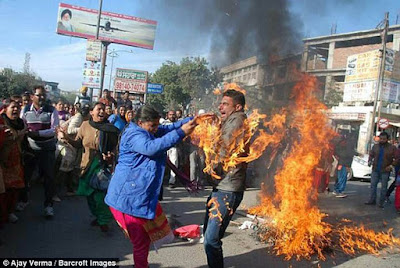 Wearing a coat and jeans, Mr Mann can be seen screaming as his whole body is engulfed by flames.

It appears a number of fellow protesters attempt to pat him down, but the fire is too fierce.

He was helping sprinkle the effigy with an accelerant to make sure it burned quickly, but he ended up going up in flames. 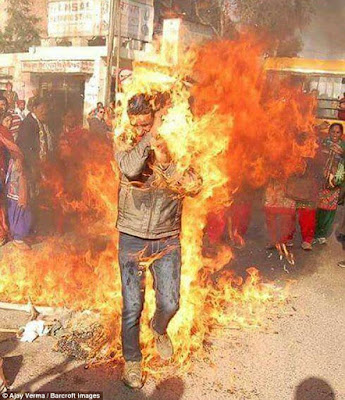 The demonstrations were over teachers' complaints the Punjab government has gone against their word by not regularising their services.