It was all tears at Ekwulumili, yesterday, in Nnewi South Local Government Area of Anambra State when six children of same parents who died of food poisoning were buried. 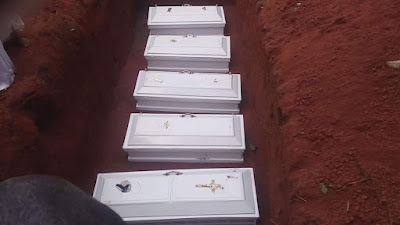 Chukwuebuka, 17; Chinemerem, 15; Afomachukwu, 13; Chekwubechukwu, 11; Onyekachukwu, 9 and Chukwuziterem, 7 died in a mysterious circumstance on July 15, 2016. Their parents said they died of what was suspected to be food poisoning.

Parents of the deceased children, Apostle and Mrs. Oramalu were able to comport themselves during the burial which was officiated by members of Brotherhood of Cross and Star.

WARNING: After the cut are photos of the children in their coffins


The officiating priest, Bishop Michael Anene in his sermon pronounced a curse on the perpetrators of “the dastardly act”. He said that someone must have been behind the death of the children but that whoever did it should expect the grave consequences of his or her action.

He cited several portions of the Bible to buttress his pronouncement, saying
“woe betide the killers of the children and it would have been better the person was not born than to have committed the act.” 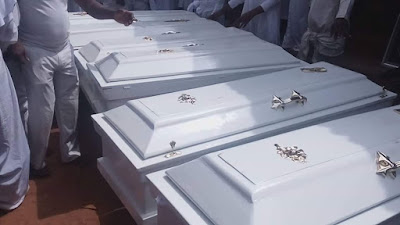 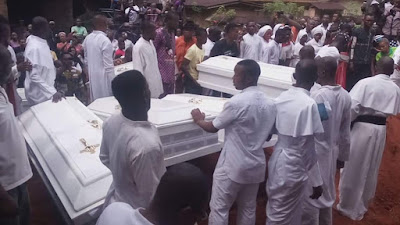 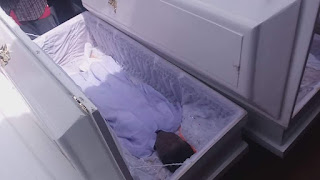 Bishop Anene used the opportunity to dismiss the impression some people had about his religious sect which he said had nothing to do with secret society, not being Bible based or a cult.

He said his religious denomination preached the Lord Jesus Christ and love for one another and had nothing secret about its profession contrary to some people’s views, adding that it was out of ignorance that some people create the impression that his religious sect never read the Bible.

The mother of the deceased children, said she had submitted to the will of God as far as the death of her children was concerned.

She said some of the deceased had even chosen careers “Chinemerem said he would be an engineer and he started showing that because he could dismantle a generator or radio and recouple it. Some others said they would be doctors and lawyers. Afoma came second in an examination in the entire Nnewi South,” she said.

The father of the deceased children, Apostle Oramalu said that he could name the killers of his children based on investigation so far,
“even though they are accusing me of using my children for rituals. How can that be? The children I suffered to beget and nurture. Why should somebody have that thinking? He queried, adding that the family would pursue the matter to a logical conclusion. 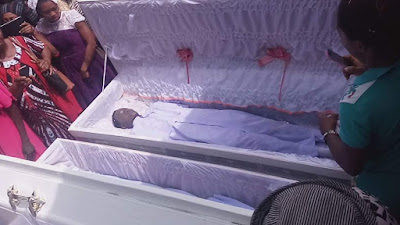 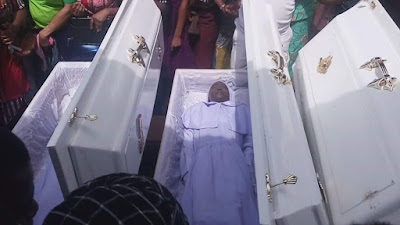 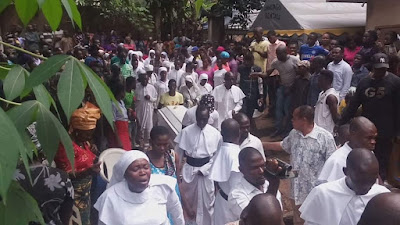 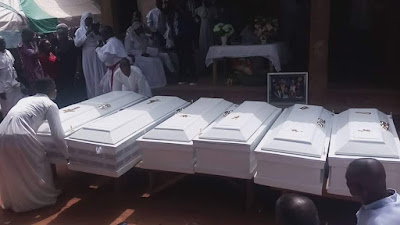 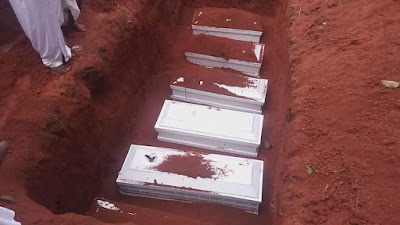 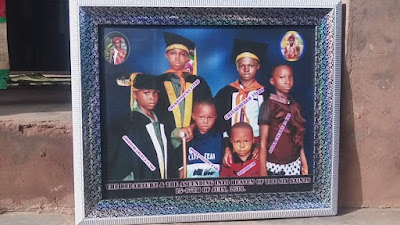